The main potential of urban development resides in undeveloped and abandoned industrial areas, surroundings of transport hubs and zones bordering either natural territorial complexes or heritage protection territories. The territory between Kursky railway station and former Serp i Molot metallurgical plant is an example of such area. The territory investigation has revealed quite a number of problems such as poor transport accessibility, pedestrian unfriendliness and shortfalls in housing and new office spaces.

Despite this zone being a central part of the city, it remains underdeveloped and excluded from urban life. The whole area behind Kursky railway station requires complex reorganization. Our project aims at unlocking this area potential and shaping a dynamic environment within the district. The abandoned territories are to transform into mixed-use spaces providing various social uses, housing and office spaces; pedestrian and transport connections are to be arranged. 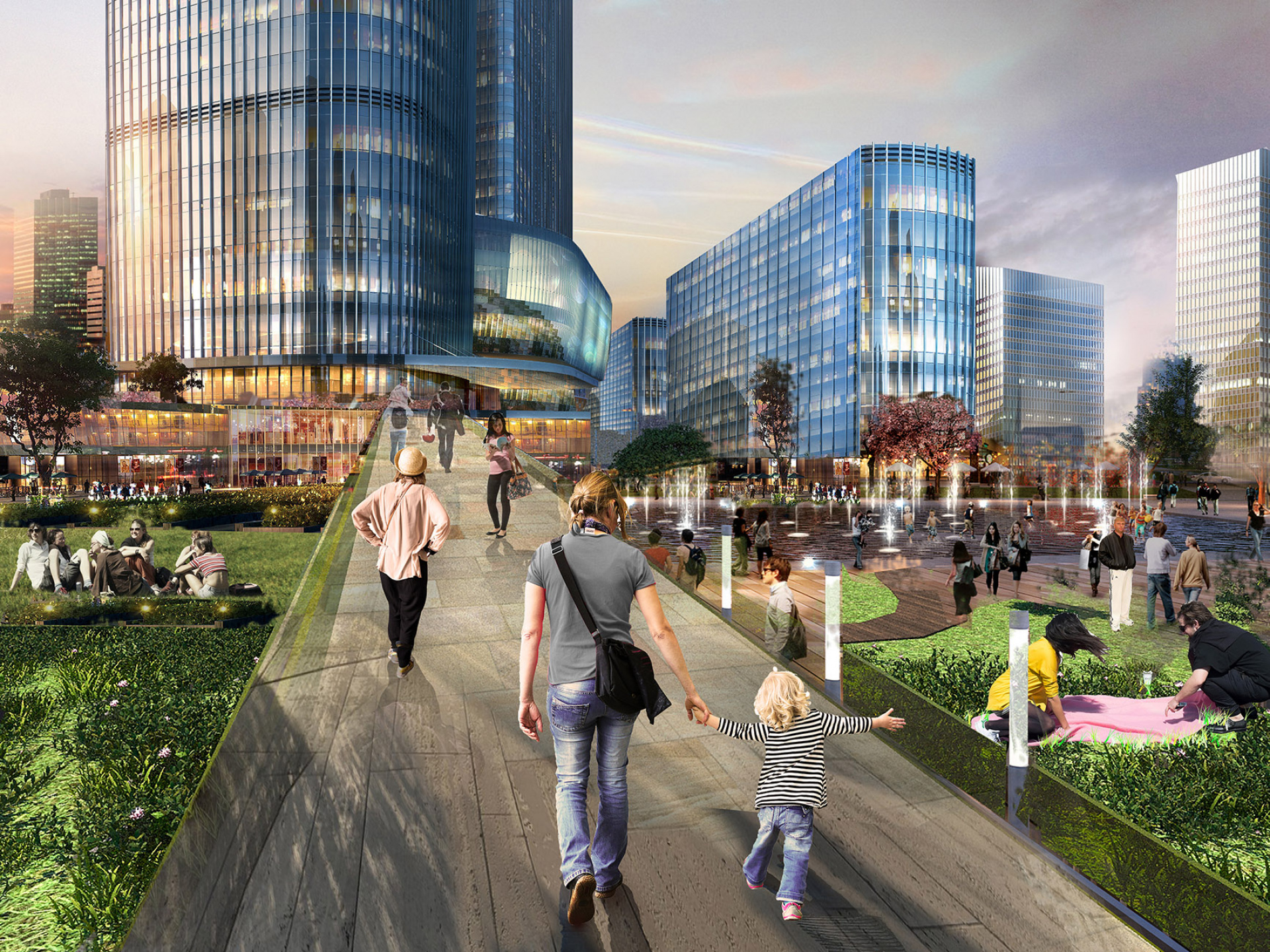 The project specifies the need to compact the street network in order to maximize the area connectivity. This step is equally vital for pedestrians, public transport service and cars. New footbridges are to connect the two banks of the Yauza. With restoring parks and garden squares a natural frame along the Yauza is supposed to occur. The Yauza riverside pedestrian zone is to be extended. In the future Kursky railway station is to be renovated – with a new terminal constructed above the railway lines – and transformed into a full-fledged multimodal station. Around it social and business objects are to grow and housing density is to increase. A transport hub within a walking distance from a residential district gives priority to using public transport service thus reducing traffic congestion and circular migration. Housing is the densest around the Kievsky hub and becomes less compact inside the residential area and near historical buildings. The realization of the principle of a compact city with the industrial zones reconstruction and the transport frame modernization will ensure the sustainable development of the city and preserve the natural landscape. 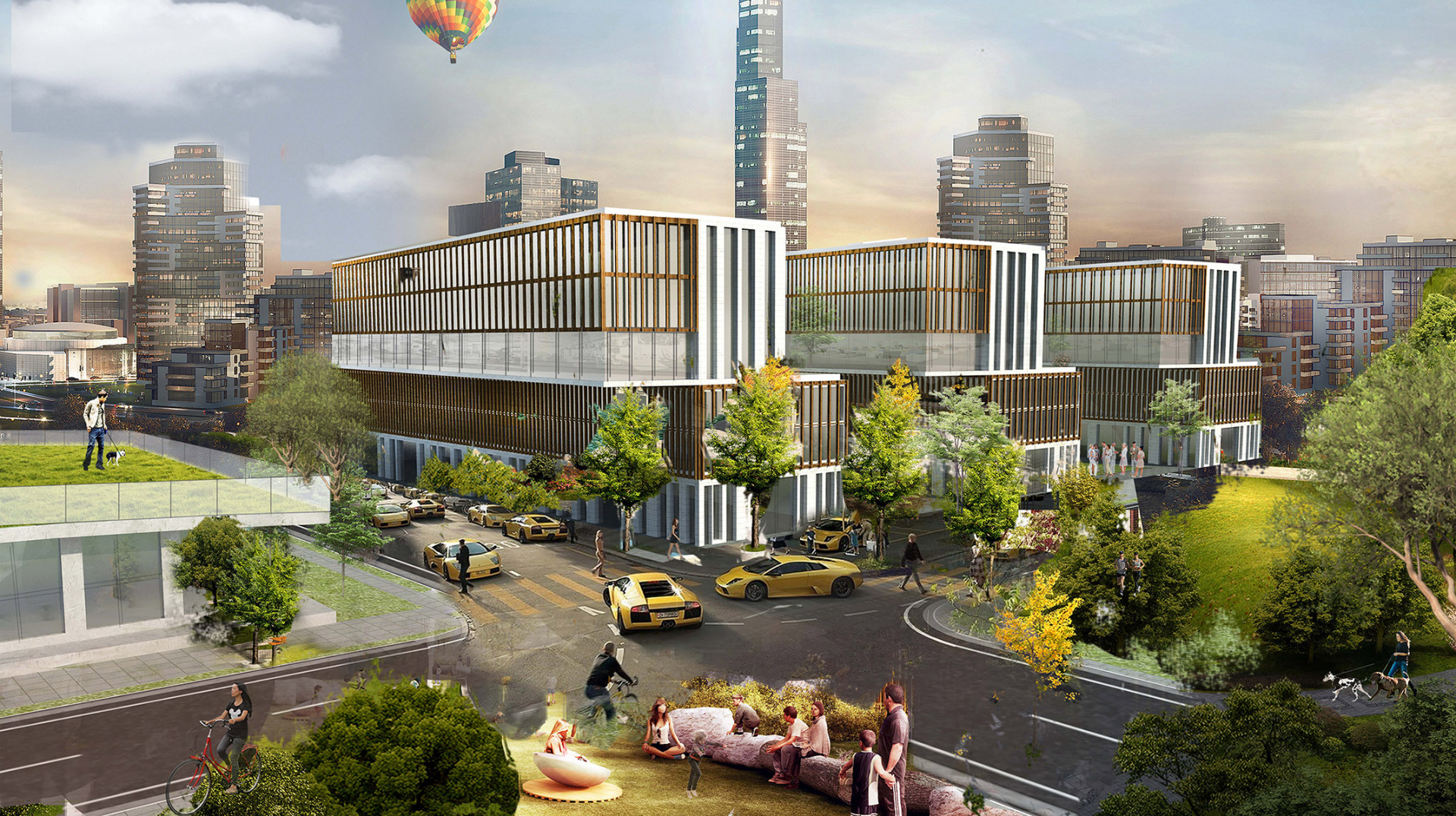 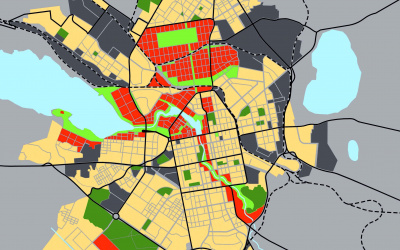 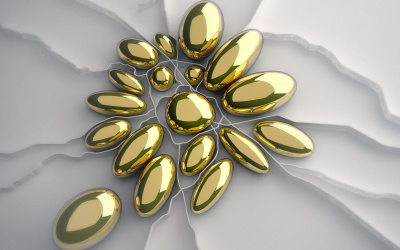 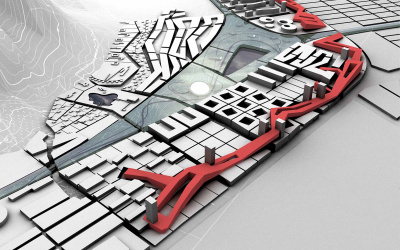